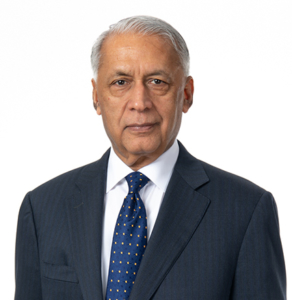 His Excellency Shaukat Aziz was the Prime Minister of Pakistan from 2004 to 2007, following his position as Finance Minister from 1999 to 2004.

After graduating from Gordon College, Rawalpindi in 1967, he obtained his MBA degree from the Institute of Business Administration, University of Karachi. An internship at Citibank marked the beginning of a 30 year career in global finance.

As Executive Vice President, he held several senior management positions in Citibank, including head of institutional banking for Central Eastern Europe, the Middle East and Africa, and later, for Asia Pacific, followed by his promotion to become the Chief Executive of the bank’s global wealth management business.

Schedule a virtual meeting with our team.

Schedule a virtual meeting with our team.